YSOPIA Bioscience’s leadership team is deeply inspired by companies that have been able to transform scientific discoveries into innovative pharmaceutical products thanks to their strong vision and successful strategy. 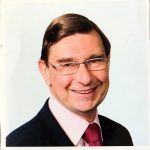 Jean-Pierre Lehner, Chairman of the Board of Directors & CEO 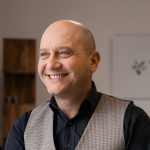 Fabrice is an accomplished executive with more than two decades of experience within biotech environment and pharmaceutical SMEs. He co-founded YSOPIA Bioscience where he supervised 4 successful fundraising for a total of €20M. As CFO, he overseed corporate strategy, strategy implementation, financing, and financial management.

Previously, as Supply chain Director at Oenobiol, he successfully headed up change management processes, thanks to his flexibility and excellent people skills. Fabrice holds a master’s degree in audit and finance from Institut Superieur de Gestion (France) and served as Senior Financial Auditor at KPMG. 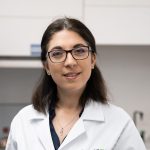 Beyond state of the art

Sandrine joined YSOPIA Bioscience in 2017 as Chief Scientific Officer. She previously served as Associate Professor in Integrative Metabolism at the University of Reading’s department of Food and Nutritional Sciences. 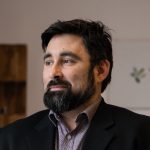 Frederic is a trained organic chemist and hold a Ph.D. from the Nottingham University after initial training at the University of Bordeaux. 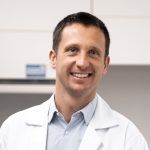 Wilfrid is an experienced scientist and manager who led several R&D programs in health and nutrition. He has been part in many translational research programs in a wide diversity of specialized fields like obesity, metabolism, mood, or mental disabilities.

He holds a PhD in Neurosciences from an European Marie Curie Private/Academia training program. Then, he oriented is scientific career toward applied science aiming at bringing together fundamental science and product development. At YSOPIA, Wilfrid is directing R&D actions in order to push forward innovation and support drug development programs.

Jean-Pierre Lehner, Chairman of the Board of Directors

Since he retired from Industry, Jean Pierre has acted as advisor to several startup companies, connecting them with investors. He is Board Member of several biotech companies in the EU and USA.

Isabelle brings 25 years of international experience in life sciences business development and finance. She started her career in 91′ at Arthur Andersen Detroit, US then at Pfizer France and Pfizer Europe where she held several positions during 6 years in the field of management accounting, clinical research then Business Development.

Since 98′, she was Associate Director of Business Development at Fournier/Abbott and signed several deals in Europe and in the US. Isabelle graduated as an engineer from Ecole Centrale of Paris and holds DECF and ISEB degrees and joined Seventure in July 2001 to create the lifesciences department.

Catherine has more than 20 years of experience in Start-up, Biotech, Pharma, CRO and Consulting mainly in strategy and project management for R&D programs of innovative biologic drugs.

Her career started by Clinical Research and she has been Head of the Clinical Department of Chiltern International for many years, with the responsibility of all clinical trials in several countries.

Then she moved to the full drug development and has acquired an expertise in Global Operations, CMC, Regulatory & Translational project management of NBE’s early development with a global vision from Research all the way to Market Launch.

She successfully led products up until phase II POC through several positions notably as Strategic Project Director on blood factors and Mabs Programs in LFB Biotechnologies then as Head of Projects Development in Gamamabs Pharma where she had the responsibility of the global operations and has contributed to funds raising.

Since 2016, she is the President and Founder of ULTRace Development Partner whereby she advises biotechs and start-ups by creating value through strategic support, operations development and project management. She is also member of the management team for some of them. 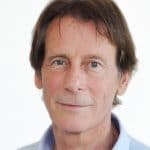 Jean-Gérard brings 35 years of international experience in Operations, Management, M&A’s and IPO’s. He serves on several Boards of private and publically traded companies in the medical and software industries. .

Based in California from 1995 to 2008, Jean-Gerard was Chairman and CEO of ActivCard, a 2B$ market capitalization – Nasdaq listed company.

He graduated from the Stanford Executive Program, holds a Chemical Engineering degree and a Master’s degree in Business Administration.

Holding a Supplementary Specialised Studies Diploma (DESS) in Clinical Psychopathology, and bilingual in English, she started her professional career by gaining clinical experience in hospitals as a neuropsychologist.

In 1992, Virginie Lleu joined the pharmaceutical company Jouveinal to work in its Human Resources Directorate. She then moved as a consultant to a recruitment agency specialised in the healthcare field, GSA, subsequently joining Pact & Partners International as Senior Consultant responsible for the Health and Biotechnologies sector.

As from 2000, Virginie pursued her work as a recruitment consultant with Executive Search International entities such as Korn Ferry International and Spencer Stuart, where she contributed to developing the Health and Biotechnologies Department.

After accomplishing a large number of missions in a variety of functions (general management, R&D, marketing/sales, manufacturing, business development, HR, finance, etc.), in 2003 Virginie founded L2S (Life Science Search), a recruitment consultancy based on direct contact and dedicated specifically to healthcare. L2S soon became a market leader in the life sciences in France and Europe. Five years after it was set up, in 2008, L2S was sold to Whitehead Mann, and Virginie Lleu became Senior Client Partner Life Sciences for Europe, supervising a team of some fifteen people.Drawing on her wide-ranging and significant experience and expertise developed at L2S, in October 2010 Virginie Lleu created the L3S Partnership, the aim being to become one of the leading executive search companies for the life sciences in Europe.

Since he retired from Industry, Jean Pierre has acted as advisor to several startup companies, connecting them with investors. He is Board Member of several biotech companies in the EU and USA. 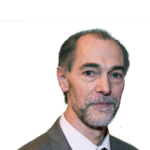 Joël is the Director of Research at the Micalis Institute and is the National Institute of Agricultural Research and Environment (INRAE) Scientific Director of the MetaGenoPolis unit (Jouy-en-Josas, France) since 2012.

Dr. Doré joined INRA in 1983 where he has been conducting research on intestinal microbiome for over 35 years. He was appointed as one of five deputy heads of the Micalis Institute (microbiology of food for health) between 2010 and 2014.

Dr. Doré serves as chairman of the European Society of Neurogastroenterology and Motility’s online scientific information platform, Gut Microbiota For Health. Dr. Doré is the author of more than 200 scientific publications related to intestinal microbiome.
He received his doctorate degree from the University of Illinois at Urbana-Champaign. 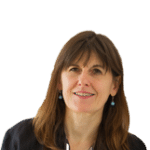 Karine is Head of the NutriOmic unit (INSERM/University of the Sorbonne), nutrition department in the Pitié-Salpêtrière hospital, Paris. Her research interests include physiopathological mechanisms of obesity in humans in its various states of progression and co-morbidities.

Previously, she has held several leadership positions at prestigious scientific units, such as the ICAN university hospital unit (2011 – 2016) and Inserm’s “AVENIR” team, a program allowing researchers to set up and lead a team within an existing research structure once they have successfully defended their scientific thesis, at the Hôtel-Dieu hospital (2002 – 2006).

Prof. Clément currently serves as the Chief Scientific Advisor to the World Obesity Foundation and sits on the scientific advisory board of numerous well-known foundations and international organizations.
In addition to that, she provides the benefit of her expert scientific knowledge to academic institutions such as the Novo Nordisk Foundation Center for Basic Metabolic Research in Copenhagen. She has published over 300 scientific papers in highly renowned peer-reviewed journals and submitted 8 patents. 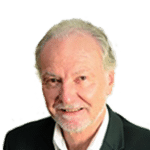 Eric is a Boyd Professor at the University of Louisiana, the Director of the Nutrition Obesity Research Center and the Douglas L. Gordon Chair in Diabetes and Metabolism, Associate Executive Director for Clinical Science at the Pennington Biomedical Research Center, Baton-Rouge.

Dr. Ravussin is a world expert in the conduct of translational research in obesity and type 2 diabetes.
He has served as the Chief Obesity Research Officer of Eli Lilly,  in Indianapolis, and worked for 14 years at the Diabetes and Digestive and Renal Disease branch of the National Institue of Diabetes and Digestive and Kidney Diseases in Phoenix, where he played a key role in landmark studies on the causes of obesity and type 2 diabetes in Pima Indians. Since 2012, Dr. Ravussin is Editor in Chief of the journal Obesity.

He has been an active member of The Obesity Society, serving on the Council, the program committee and as a former President of the Society from 2006-2008. He has published more than 450 peer-reviewed papers on obesity, type 2 diabetes and aging. Dr. Ravussin obtained a doctorate degree in Human Physiology from the University of Lausanne, Switzerland. 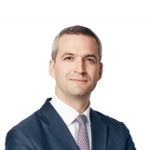 Dr. James Kinross is Clinical Senior Lecturer in Colorectal Surgery at Imperial College London’s Faculty of Medicine. He is also a consultant  colorectal surgeon at St. Mary’s Hospital, London. His clinical interests include minimally invasive and laparoscopic surgery for the treatment of colorectal cancer. He is currently funded by the Bowel and Cancer Research charity and the NIHR Imperial Biomedical Research Centre.

He also has an interest in surgical nutrition and modulation of the gut microbiota by pro and prebiotics for improved operative outcomes. Previously, he was an NIH Clinical Lecturer in Surgery and an Ethicon Laparoscopic Fellow in Colorectal Surgery. Currently, he is a visiting Professor at the Royal College of Surgeons of Ireland. He was trained in northwest London. 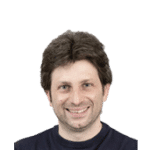 Nicola is Associate Professor at the CIBIO Department at the University of Trento (Italy). His lab comprises more than 20 researchers and employs experimental metagenomic tools and novel computational approaches to study the diversity of the microbiome across conditions and populations and its role in human diseases and infections.

Nicola Segata, Ph.D., is Associate Professor at the CIBIO Department at the University of Trento (Italy). His lab (http://segatalab.cibio.unitn.it/) comprises more than 20 researchers and employs experimental metagenomic tools and novel computational approaches to study the diversity of the microbiome across conditions and populations and its role in human diseases and infections. The projects in the lab bring together computer scientists, microbiologists, statisticians, and clinicians and are generally focused on profiling microbiomes with strain-level resolution and on the meta-analysis of very large sets of metagenomes with novel computational tools. His work is supported by the European Research Council and by several other European agencies.

Antimicrobial resistant bacteria are present in newborns after just a few hours of life and they help to understand… t.co/jkL4ih4dFA

« This new name, YSOPIA Bioscience, symbolizes the major success of our teams in advancing to the clinic, in line with our ambition to become a major player in developing ground-breaking therapies based on the gut microbiome potential »